Pull apart some ideas and get your head around others. Discuss car builds, troubleshooting, workshops and advice for mechanics.

Pull apart some ideas and get your head around others. Discuss car builds, troubleshooting, workshops and advice for mechanics.

Just thought I’d share some of our progress with the new race car build project which we have underway this winter as we prepare for next season.

The donor car which we sourced, a 2001 Porsche Boxster S 3.2, whilst in fantastic condition inside and out (and serviced every year up until 2018) was listed as a non-runner, which is why it ended up costing plenty under what it would be worth on the road.

We were planning on completely rebuilding the engine anyway whatever the outcome (or putting a new one in) and so we though it was worth the gamble.

Well we managed to get the engine out and started our journey into the unknown to figure out what was up. As you’d expect, we had suspicions it would be an IMS bearing fault or something like that, but truth is we had no idea until we started to break things down. 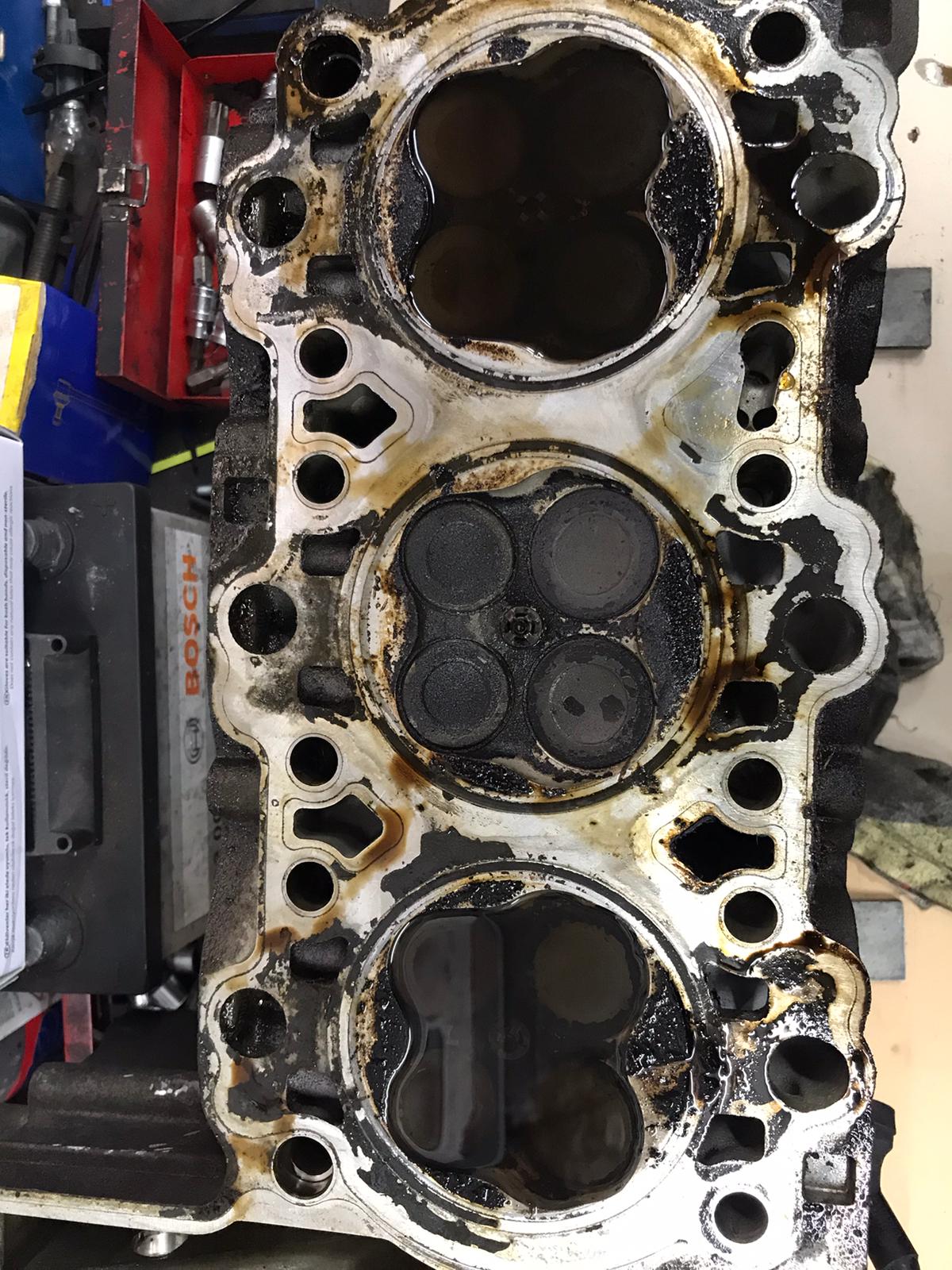 And… spot the difference. First sign of problems. Bent valves, or at least leaking from somewhere. OK, not too terrible. 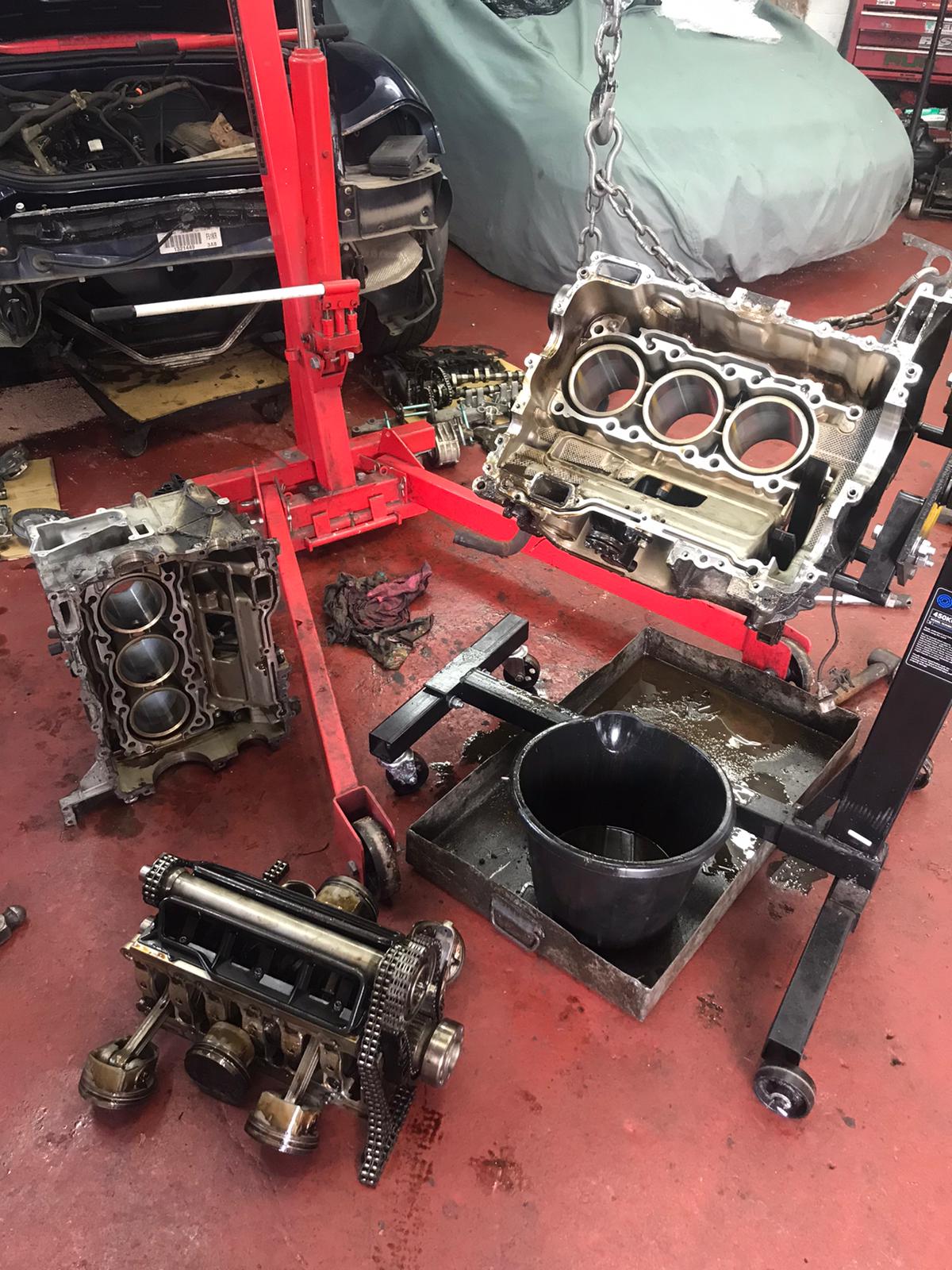 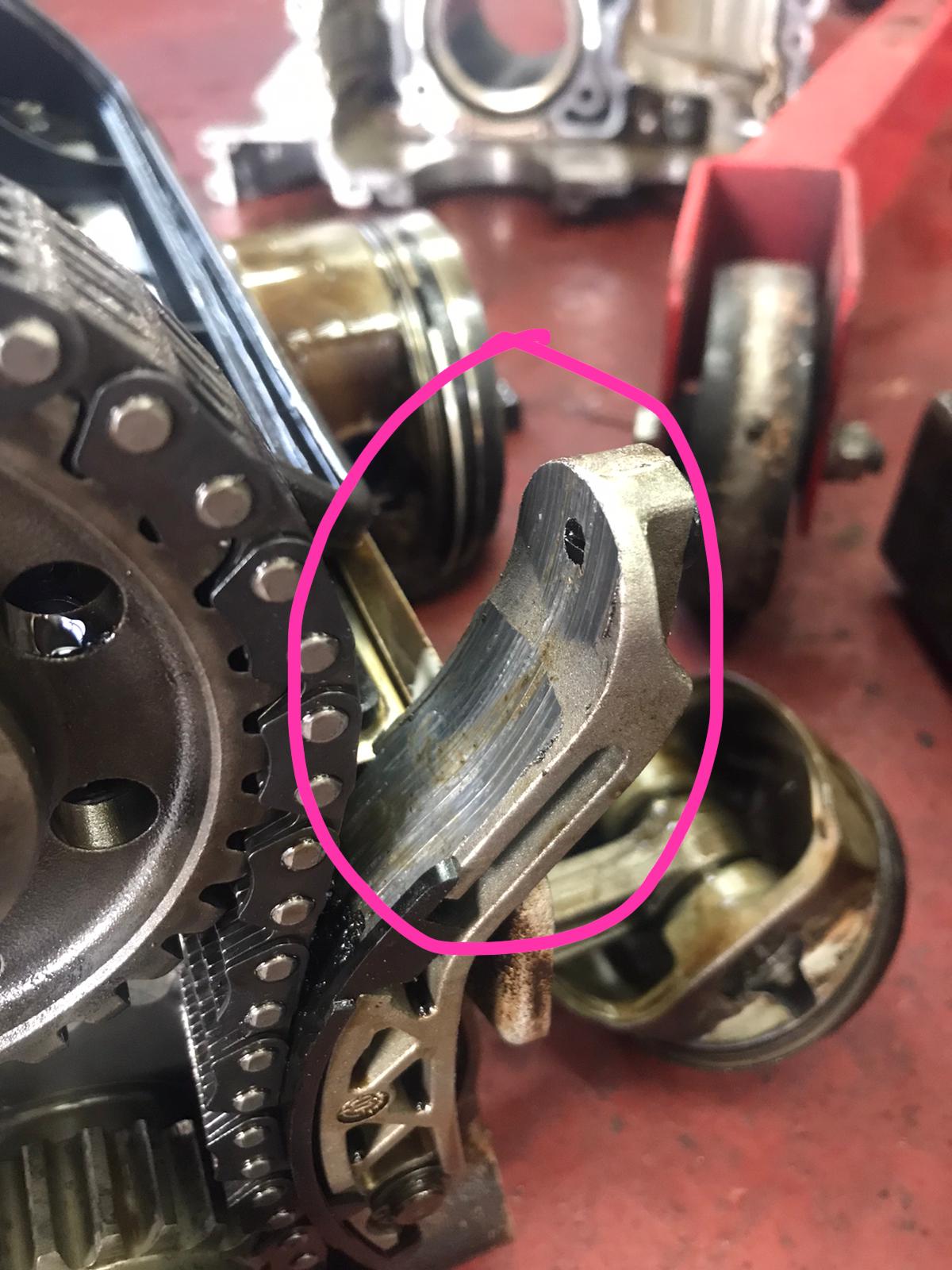 And here we go. Further breakdown revealed what caused our episode with the valves. This should have a plastic guide surface on it which has worn away as you can clearly see, which in turn would max the tensioner out and move the timing. Critically, replaceable.

Further thorough investigation of the engine revealed no further damage. 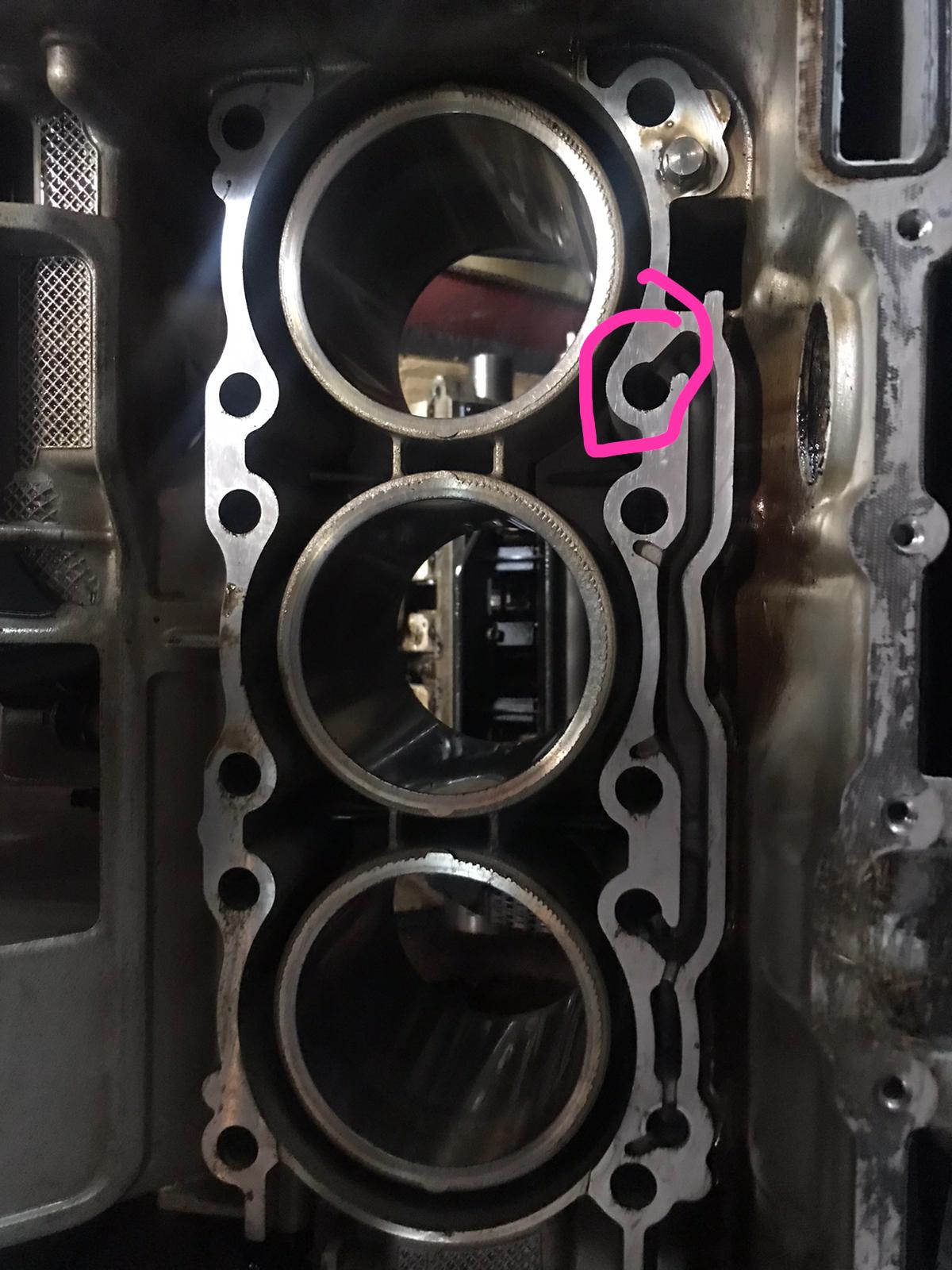 This engine is known to crack around these holes, and then the water gets into the oil. These all look fine and so do the cylinder liners.

And so we can start cleaning everything thoroughly. Couple of new valves, full rebuild and piston ring service, plus all the bearings replaced and a new clutch and we should be good to go with what will ultimately feel like a new engine underneath us for some winter testing! 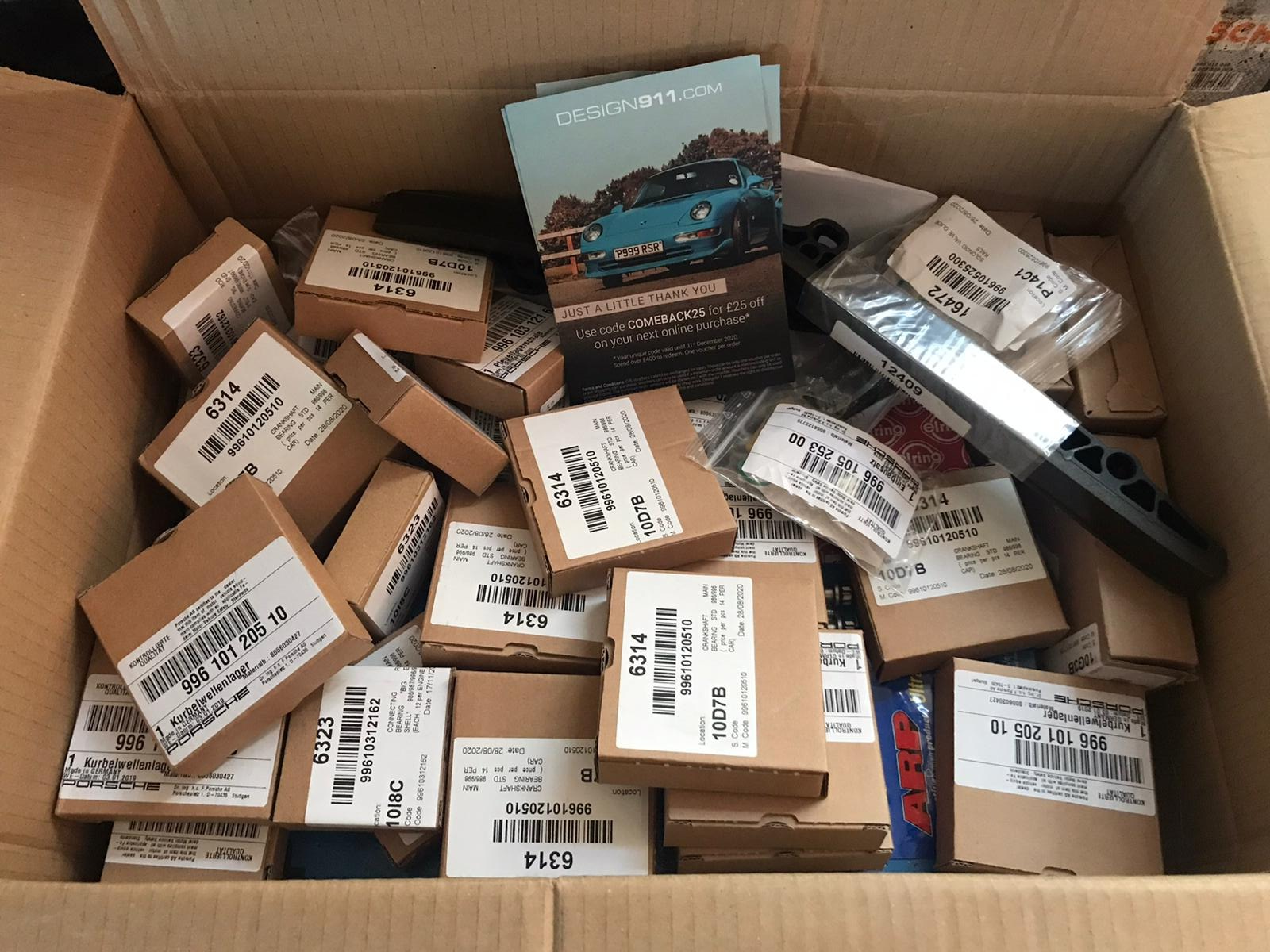 First box of replacement bits has arrived and so the rebuild may commence! Expect more updates soon.

James, what a fantastic start and first insight into your engine recondition/build.

Good news that you haven’t found too much damage to date, did you find the other half of the chain pre-tensioner/guide?

We use cookies to ensure that we give you the best experience on our website. If you continue to use this site we will assume that you are happy with it.OkPrivacy policy